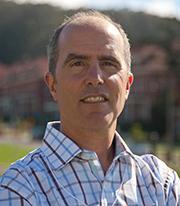 A product containing healthy vaginal bacteria has proved effective against recurrent bacterial vaginosis (BV), an extremely common vaginal infection that is associated with preterm birth, HIV infection and problems with in vitro fertilization.

Bacterial vaginosis is one of the most frequent bacterial infections, affecting nearly 30 percent of women of reproductive age in the United States, and anywhere from 15 to 50 percent of women around the world. It is associated with the spread of HIV in Africa, where women make up the majority of those infected, as well as preterm birth and low-birth weight around the world.

The randomized, placebo-controlled, double-blind trial showed a significant reduction in the recurrence of BV and found no safety risks from the bacteria used in the LACTIN-V formulation of the species Lactobacillus crispatus CTV-05, a common bacterium found in healthy vaginal microbiomes.

While BV is commonly treated with an antibiotic called metronidazole, up to three-quarters of women get the infection again within three months. The study found that LACTIN-V reduced these recurrences significantly. Just 30 percent of women who were given LACTIN-V after initial antibiotic treatment had a recurrence within 12 weeks, compared to 45 percent of the women who received the antibiotic and a placebo.

LACTIN-V, which is produced by Osel, Inc. of Mountain View, Calif., comes in a powder form that women self-administer with a vaginal applicator. Once the healthy bacteria in the powder colonize the vagina, they produce lactic acid, which inhibits the growth of bacteria associated with BV. LACTIN-V is stable for more than a year at room temperature, and more than two years in the refrigerator.

The 228 women in the trial used LACTIN-V once a day for five days, and then twice a week for 10 weeks. Researchers said the product’s ease of use could make it an ideal medication for women around the world.

“The initial indication for LACTIN-V is for the prevention of BV, which millions of women in the U.S. have each year,” said first author of the paper and study lead Craig Cohen, MD, professor of obstetrics, gynecology and reproductive sciences at UCSF. “But this product also has the potential to be an effective intervention to prevent HIV infection and preterm birth.”

Before LACTIN-V can be used, however, the U.S. Food and Drug Administration (FDA) is likely to require a successful Phase III trial with more participants.

“This is an entirely new approach that strengthens the vaginal microbiome against infections,” said Anke Hemmerling, MD, PhD, MPH, a researcher at UCSF and the senior author of the new study. “This could be a breakthrough for the long-term prevention of BV.”