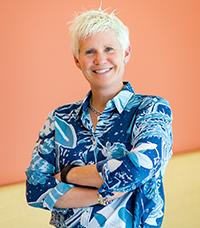 For severely obese people, bariatric surgery may have a benefit besides dramatic weight loss: it can also substantially reduce urinary incontinence.

A new investigation led by UC San Francisco is the first to examine the longer-term effects of the surgical procedure on incontinence three years after bariatric surgery. The study appears online June 22 in JAMA Internal Medicine.

“Our findings showing another important long-term benefit to bariatric surgery might help to motivate people who are severely overweight,” said first author Leslee L. Subak, MD, a UCSF professor in the departments of obstetrics, gynecology & reproductive sciences, urology and epidemiology and biostatistics.

“Research has previously shown that weight loss by several methods – low-calorie diet, behavioral weight reduction, and bariatric surgery – were all associated with improved incontinence in overweight people through the first year,” Subak said. “But there wasn’t evidence of the longer-term effect of these changes. We wanted to see whether incontinence could be improved three years after bariatric surgery and identify factors associated with improvement in incontinence.”

Urinary incontinence affects an estimated 30 million adults in the U.S. and may account for as much as $60 billion in annual medical costs, according to published research. It can cause significant distress, limitations in daily functioning and reduced quality of life. Obesity is a key risk factor: each 5-unit increase in Body Mass Index (BMI) – a ratio of someone’s weight divided by the square of his or her height – above normal weight is associated with far higher rates of incontinence.

Bariatric surgery leads to weight loss by restricting the amount of food the stomach can hold, said the American Society for Metabolic and Bariatric Surgery. The most common procedures are gastric bypass, sleeve gastrectomy, adjustable gastric band, and biliopancreatic diversion with duodenal switch, reports the organization.

In the multicenter, observational incontinence analysis involving 10 hospitals around the country, nearly 2,000 people who underwent bariatric surgery between 2005 and 2009 were queried about their experiences with incontinence. Nearly half the women in the study and more than a fifth of the men reported having an episode of incontinence at least once a week prior to surgery.

The study participants ranged in age from 18 to 78 years old – the median age was 47. The analysis controlled for factors such as age, race, smoking status and recent pregnancy. Nearly 79 percent of the participants in the study were women.

Following surgery and a large weight loss of 29% of body weight for women and 26% for men, substantial improvements in incontinence were observed, with a majority of women and men achieving remission three years post-surgery. The more weight lost, the higher the chances of improvement. While the risk of relapse rose with each gain of about 10 pounds, overall the researchers found substantial improvement for both women and men. People who were older, had severe walking limitations or were recently pregnant showed less improvement.