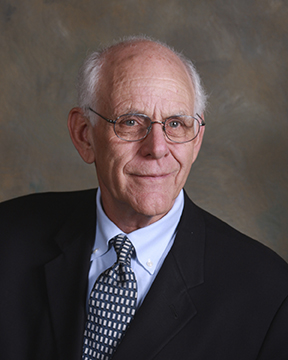 We were saddened to learn of the passing of Dr. Russell K. Laros, Jr. on February 17, 2017 after a long illness. Dr. Laros received his medical degree from Temple University School of Medicine in 1961; he then completed his residency in Obstetrics and Gynecology also at Temple University in 1965. He went on to complete fellowship training in Maternal-Fetal Medicine and Hematology at the University of Michigan in 1968.

Dr. Laros joined the UCSF faculty in 1973, where he was Vice Chair of the Department of Obstetrics, Gynecology, and Reproductive Sciences, and held other leadership roles at UCSF over his many years here. At various times, he served as Director of the Residency Program in Obstetrics and Gynecology, Director of the Labor and Delivery Unit, and as a visionary leader in the development of the Perinatal Outreach Programs. He served terms as President of both the Pacific Coast Obstetrical and Gynecological Society and the San Francisco Gynecological Society.

An expert in Maternal-Fetal Medicine, Dr. Laros was well-known for his skill and expertise in operative obstetrics, as well as in the management of women with hematologic disorders in pregnancy. In his 50 years as an obstetrician, he helped to bring thousands of babies safely into this world. He was a true leader and giant in obstetrics and maternal-fetal medicine, and trained a generation of medical students, residents, and fellows.

His skill as a teacher resulted in the receipt of many teaching awards. He was a mentor, colleague and friend to many of us, and many of his mentees have gone on to prominent leadership positions. He is one of those rare leaders who have continued to have tremendous influence in the field long after his retirement from clinical activity. He was fortunate to have died peacefully, surrounded by his loving family.