Is new libido pill the most important advancement in female sexual health since the Pill? 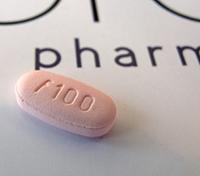 Doctors Weigh In On Addyi, The New Women's Libido Pill

Comments from Dr. Tami Rowen, an OB/GYN at University of California, San Francisco Medical Center and member of the department of Obstetrics, Gynecology & Reproductive Sciences are excerpted from the complete article in the Huffington Post.

She says that downplaying the drug because of its minor uptick in sexually satisfying events discounts the major improvements the drug makes in a woman’s real life.

“Many people have said that the improvement wasn’t enough, but this is a very subjective statement,” she said. “For many women, even one or two more satisfying sexual events can be very significant to a woman and her relationship.”

Rowen also noted that the drug’s side effects, which include severely low blood pressure and loss of consciousness if taken with alcohol, are comparable to the side effects of psychoactive medications that were able to win FDA approval far more easily than Addyi. The most common side effects were dizziness, sleepiness, nausea and fatigue, which is why the pill is recommended for use before bed.

Rowen is excited about being able to prescribe Addyi to future patients, and says that in her career, she’s already seen several women who are seeking treatment for low libido and could benefit from it.

“Women who do not tolerate the medication do not have to take it,” she concluded. “This is just one more tool for clinicians who, for too long, have been struggling to help their patients with a very real problem.”