The pelvic exam has been a standard part of a woman's annual checkup for decades, yet it serves no clear purpose and may do more harm than good.

That's the conclusion of a new guideline by the American College of Physicians (ACP) based on a review of scientific literature spanning more than 60 years. In an article to be published July 1, 2014 in the ACP's flagship journal, Annals of Internal Medicine, the national organization of internists strongly recommends against pelvic examinations for adult women who are not pregnant and show no signs of disease.

In issuing the new guideline, the nation's largest medical-specialty organization contends that pelvic exams rarely detect "important disease" or reduce mortality. Under the new guideline, the ACP advises that pelvic exams are appropriate for women with symptoms such as vaginal discharge, abnormal bleeding, pain, urinary problems, or sexual dysfunction. 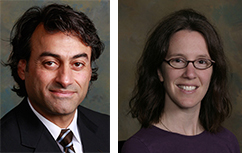 "The recommendation is based on a systematic review that found no data in support of the examination but did find evidence of harms ranging from distress to unnecessary surgery," they wrote in the commentary.

Sawaya and Jacoby point out that tens of millions of pelvic exams are performed annually at well-woman checkups in the United States but whether the exams actually benefit asymptomatic women has largely been unstudied. To help fill the void, surveys recently have sought to establish the goal of clinicians in performing the exams: some physicians contend the exams help detect benign uterine and ovarian lesions while others mistakenly say they effectively screen for ovarian cancer, noted Sawaya and Jacoby.

The editorial called into question the nature of the medical literature review by the ACP because some of the research analyzed focused on older women and failed to evaluate "the most important goal of the pelvic examination cited by obstetrician-gynecologists – detecting noncancerous masses."

"Thus, it is reasonable to disagree with using these findings to recommend a major change in clinical practice for women of all ages attending well-woman visits," Sawaya and Jacoby wrote in their editorial. "Many will ask 'Have all of the pertinent clinical questions been addressed?'"

"Deciding when evidence is sufficient to conclude that an intervention should be promoted, discontinued, or submitted to further study is challenging," they continued. "The determination relies largely on judgment about evidence quality and the likelihood that more evidence will tip the balance in making either a favorable or an unfavorable recommendation."

Numerous routine screenings, including mammograms and prostate tests, are being reevaluated for their medical and financial value.

In their commentary, the UCSF authors stress that whether or not the new guideline actually changes current practice, it could lead to a better evaluation of the benefits and harms of pelvic exams.

"The pelvic examination has held a prominent place in women's health for many decades and has become more of a ritual than an evidence-based practice," said the authors. "With the current state of evidence, clinicians who continue to offer the examination should at least be cognizant of the uncertainty of benefit and the potential to cause harm through a positive test result and the cascade of events that follow."