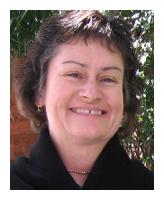 Our group works in three areas. In the first, we are studying the mechanisms used by the trophoblast cells of the human placenta to invade the uterus during normal pregnancy. Human fetal development depends on the embryo's ability to rapidly gain access to the maternal circulation. The cytotrophoblasts that form the fetal portion of the human placenta have solved this problem by transiently exhibiting certain invasive, tumor-like properties. Our studies show that, in normal pregnancy, cytotrophoblast invasion, both in vivo and in vitro, is accompanied by a dramatic switch in the cells' expression of matrix-degrading metalloproteinases and adhesion molecules. Function-perturbation experiments suggest that cytotrophoblasts carefully regulate their invasive potential by simultaneously expressing a number of molecules that either promote or inhibit invasion. Additionally, we found that cytotrophoblasts that replace the endothelial lining of uterine blood vessels also have the amazing ability to mimic the adhesion phenotype of vascular cells. This phenomenon is likely to be a critical component of normal placentation. What controls this highly unusual differentiation process? Since cytotrophoblasts target large-bore arterioles for invasion, we reasoned that oxygen tension could play a role. Recently, we showed that oxygen controls whether cells proliferate or exit the cell cycle and differentiate; Eph/ephrin family members, transmembrane ligands and receptors, pattern invasion in terms of arterial bias. Finally, we use information about molecular aspects of cytotrophoblast function in normal pregnancy to search for defects that are associated with pregnancy complications such as preeclampsia (e.g., dangerously high blood pressure). For example, our work shows that this pregnancy complication is characterized by specific aberrations in trophoblast secretion of vasculogenic/angiogenic substances.

In parallel, our lab has begun studying the earliest stages of human development using human embryonic stem cells as a model system. Our work to date has focused on deriving additional lines using feeders formed from human placental cells. We recently made the surprising discovery that the cells exhibit apical-basal type polarization. Currently we are investigating how this highly specialized phenomenon is related to pluripotency. Our recently funded CIRM comprehensive grant is focused on constructing a fate map of the human embryo.

Finally, we are using mass spectrometry-based approaches for proteome analyses. Three projects are under way. The first is compilation of an initial draft of the salivary proteome of healthy individuals as a first step in using this body fluid for diagnosis of common diseases. The second is an analysis of the primary proteome and protein complexes of the soil organism Desulfovibrio vulgaris. The goal of the third and newest project is to formulate novel methods that enable robust mass spectrometry-based platforms for the discovery of biomarkers in body fluid for the early detection of tumors.