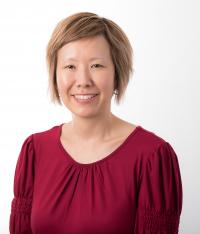 Stefanie Ueda's primary interest is in global health as well as clinical capacity building in low middle income countries. During the last 9 years, she has helped to start the first gynecologic oncology fellowship in Uganda to improve complex surgical skill development and multidisciplinary care at the country's only cancer institute and largest public hospital. The first two in-country fellows graduated in October 2019. The program has gained recognition from the Society of Gynecologic Oncology and the International Gynecologic Cancer Society, with the hopes expanding access for women with gynecologic malignancies in sub-Saharan Africa. Dr. Ueda took on the role of gynecologic oncology fellowship director at UCSF in July 2020.